You are here: Home1 / Meet the Directors 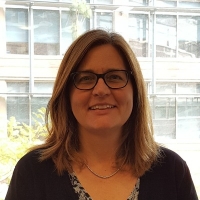 As a Co-Director of COMPASS Life Sciences, Dr. McEvoy helps to shape the direction and vision for undergraduate programs that focus on enhancing the success of students from under-represented backgrounds. She hopes to more positively impact their future careers in the life sciences.

Dr. McEvoy is also the Co-Director of the MARC-U-STAR program at UCLA, which is funded by the National Institute of Health. She takes significant interest in the successful mentoring of under-represented individuals and from 2011 to 2016 – she led efforts to fund and direct (MARC) Maximizing Access to Research Careers at the University of Arizona. In 2015, the University of Arizona awarded her Excellence in Mentoring (Honors College) and the 2015 Distinguished Advising Award (College of Science).

Broadly trained as a protein biochemist and structural biologist, the research in the McEvoy Lab is focused on developing an understanding of how organisms handle metal ions. Organisms can face highly varying levels of metal ions through their environment or diet, and metal ion concentrations in cells must be carefully regulated. Some metal cations, such as copper, cobalt, and nickel, are essential in trace amounts, though toxic at higher concentrations. Other metal ions, such as silver and mercury, do not fulfill any biological requirements but instead can interfere with proper cellular function even at relatively low concentrations. We are particularly interested in understanding how bacteria maintain metal ion homeostasis as metal ions can serve as broad-spectrum biocides. The emergence of drug-resistant bacteria through the overuse of antibiotics has brought a newfound interest in understanding how metal ions function as biocides and how bacteria respond when challenged with high metal ion concentrations as these may ultimately lead to new methods for combating disease. We are applying multidisciplinary approaches to understand a variety of interests including 1) how metal ions are discriminated 2) structural changes controlling protein function and 3) organismal responses to metal ions. 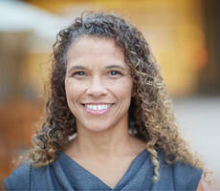 The goal for COMPASS Life Sciences to put a powerful tool into a student’s hands so they will waste no time and miss no critical opportunities at a place so rich in educational and career resources as is UCLA. Dr. Poe was a first-generation, economically challenged black woman in the sciences who never took advantage of Stanford’s research opportunities because she did not know that taking part could also help pay her mounting bills. “It was pure chance that I lucked into my major, I hardly ever spoke to my professors and sought no mentors. I want to make sure UCLA STEM majors know how to take advantage of all the amazing opportunities and resources that this place has to offer.”

Gina Poe is a professor in Integrative Biology and Physiology with a joint appointment in psychiatry. She is a neuroscientist with a bachelor’s degree in Human Biology from Stanford University and a Ph.D. in Neuroscience from UCLA.

Dr. Poe is a Director of Diversity in Outreach and Education for BRI-SURE and also directs two national programs for under-represented neuroscience graduate students and postdoctoral trainees.

The Poe Sleep Laboratory investigates the mechanisms by which sleep traits serve learning and memory consolidation. Memories are encoded by the pattern of synaptic connections between neurons. We employ tetrode recording and optogenetic techniques in learning animals to see how neural patterns underlying learning are reactivated during sleep, and how activity during sleep influences the neural memory code. Both strengthening and weakening of synapses are important to the process of sculpting a network when we make new memories and integrate them into an old schema. Results from our studies suggest that while synaptic strengthening can be efficiently accomplished during the waking learning process, the synaptic weakening part of memory integration requires conditions unique to sleep. The absence of noradrenaline during sleep spindles and REM sleep as well as the low levels of serotonin during REM sleep allow the brain to integrate new memories and to refresh and renew old synapses so that we are ready to build new associations the next waking period. Memory difficulties involved in post-traumatic stress disorder, schizophrenia, Alzheimer’s disease, and even autism involve abnormalities in the sleep-dependent memory consolidation process that my lab studies.

On February 26, 2020, The Poe Sleep Lab was featured on the PBS NOVA series Mysteries of Sleep – “…from fruit flies to whales, virtually every animal sleeps. But why? Why do we need to spend nearly a third of our lives in such a defenseless state? Scientists are peering more deeply into the sleeping brain than ever before, discovering just how powerful sleep can be, playing a role in everything from memory retention and emotional regulation to removing waste from our brains.”

The Poe Lab is funded by grants from the National Institute of Health (NIH}. You can find more about Dr. Poe on Google Scholar and ResearchGate.

For more information on publications; https://poe-sleeplab.weebly.com/publications.html